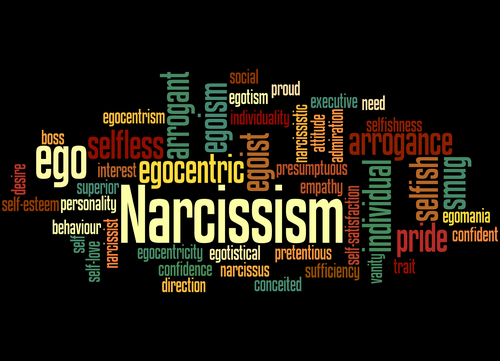 According to PsychCentral.com, there are a few trademark signs of a narcissist that are pretty hard to miss. They all think the world revolves around them and are very much preoccupied with themselves, their preferences, needs, success, and, most importantly, how they are viewed by other people. Even more important still, their aesthetics.

Narcissism usually stems from a major attachment dysfunction, whether from parents or primary caregiver, and that dysfunction is attributed to a major emotional trauma or a culmination of repeated trauma or neglect. This separation or attachment trauma stunts emotional capacity and maturity, usually from an age of adolescence. Because the emotional pain is too much to bare, the child than creates a false persona in order to cope and have the world perceive them to be better off than they actually are. On the other hand, narcissism can also be attributed to overindulgence from parents when their child does the bare minimum.

If either you or anybody you know may be suffering from narcissistic personality disorder, the licensed psychologists, psychiatrists, psychiatric nurse practitioners, and psychotherapists at Arista Counseling & Psychotherapy can help you. Contact our Paramus, NJ or Manhattan, NY offices respectively, at (201)-368-3700 or (212)-722-1920 to set up an appointment. For more information, visit us at https://www.counselingpsychotherapynjny.com/.