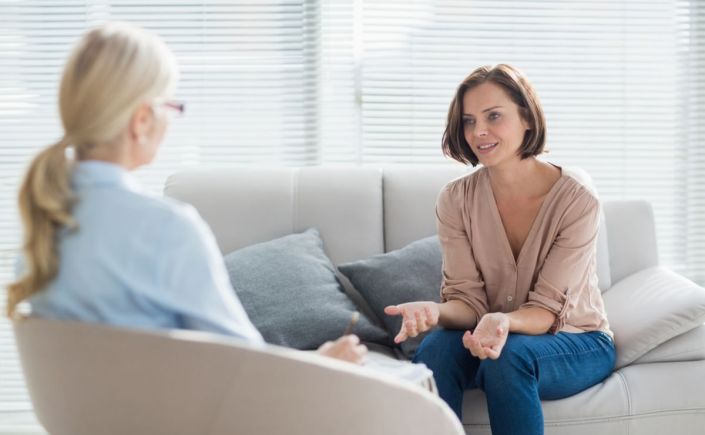 Anorexia nervosa, commonly referred to as anorexia, is an eating disorder that includes symptoms of often an extremely low body weight, a fear of gaining weight, and body dysmorphia. People suffering from anorexia are usually consumed by thoughts of their body image.

Extreme focus on weight and shape is experienced by those who have anorexia. This often leads to a dangerous restriction of calories to lose and restrict weight. Those suffering from anorexia may excessively exercise, consume laxatives, or vomit after eating to stop weight gain. Even when the person suffering from anorexia reaches an extremely thin and unhealthy body weight/shape, they will not stop the restriction of food.

Anorexia can have serious health complications including heart problems, bone loss, infertility, kidney problems, and more. Anorexia is common with people who have perfectionist/high-achieving personality types. People suffering from anorexia feel as though they gain a sense of control by restricting their intake of food.

Anorexia can be undiagnosed for a long time if symptoms are not detected. It is common for people with anorexia to deny their eating disorder and not want to seek help. By meeting with a therapist, treatment plans can be established. Normally this would include a plan to get the person to a healthy weight, finding out what emotional issues the person is having, and changing their thought processes/outlook on their body image.

If you or someone you know needs support for an eating disorder, please contact our psychotherapy offices in New York or New Jersey to talk to one of our licensed professional psychologists, psychiatrists, psychiatric nurse practitioners, or psychotherapists at Arista Counseling & Psychotherapy. Contact our Paramus, NJ or Manhattan, NY offices respectively, at (201) 368-3700 or (212) 722-1920 to set up an appointment. For more information, please visit http://www.counselingpsychotherapynjny.com/ . 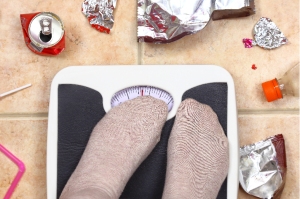 Bulimia Nervosa is an eating disorder known for episodes of out of control eating and subsequent self-induced methods of purging in order to prevent weight gain. Binging is considered an irresistible compulsion and on average happens about once a week, but can also occur several times a week. Bulimia is most common in women and typically begins in their teens to early 20s. The cultural obsession with a perfect body image, fueled by social media models with unattainable body “goals”, is harmful to young people’s self-esteem and body image. Social media perpetuates a cultural and social expectation of women needing to be thin in order to be beautiful, and this negatively impacts our younger generations.

Signs of Bulimia include:

Some typical purging methods include:

Some typical restrictive eating symptoms include:

Research has shown that people with Bulimia Nervosa have comorbid mental illnesses such as anxiety, depression, or substance use disorder. Bulimia is also related to personality disorders which effect one’s social, personal, behavioral, and emotional interactions. Bulimia is best treated through a primary care physician, a nutritionist, and a mental health clinician. Cognitive behavioral therapy as well as antidepressants are extremely helpful for those recovering from Bulimia. It is important that schools address eating disorders at an early age in order to educate and bring awareness to young people.

If you or someone you know is struggling with an eating disorder, please contact our psychotherapy offices in New York or New Jersey to talk to one of our licensed professional psychologists, psychiatrists, psychiatric nurse practitioners, or psychotherapists at Arista Counseling & Psychotherapy. Contact our Paramus, NJ or Manhattan, NY offices respectively, at (201) 368-3700 or (212) 722-1920 to set up an appointment. For more information, please visit http://www.counselingpsychotherapynjny.com/ .

Is There A Relationship between OCD & Eating Disorders?

Psychotherapy, medication, or both are typically successful in treating these disorders.

If you or a loved one appears to be suffering from OCD or an eating disorder, the licensed psychologists, psychiatrists, psychiatric nurse practitioners, and psychotherapists at Arista Counseling & Psychotherapy can assist you. Contact our Paramus, NJ or Manhattan, NY offices respectively, at (201) 368-3700 or (212) 722-1920 to set up an appointment. For more information, visit http://www.counselingpsychotherapynjny.com/